A Year After Trying to Add a Citizenship Question to the 2020 Census, Wilbur Ross Still Refuses to Tell the Truth

“Congress has been forced to waste time and taxpayer resources to uncover malfeasance because Secretary Ross lied,” said Lizzy Price, spokesperson for Restore Public Trust. “Telling the truth is a pretty basic requirement we expect our public officials to meet, but Secretary Ross, much like his boss, can’t even pass that low bar.”

Earlier this month, Ross testified before Congress about his decision to add a citizenship question to the 2020 Census, but he seemed to have a lot of trouble remembering key details. 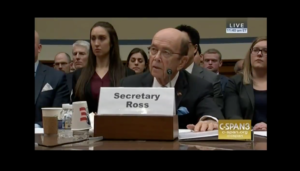 Watch Wilbur Ross having trouble remembering details about how he added the citizenship question here.

In the hearing, Representative William Lacy Clay asked Ross if he would “take responsibility… for misleading Congress, whether intentionally or not, about the process [Ross] followed, to add the citizenship question to the 2020 Census?” Ross responded that he had “never intentionally misled Congress.” Rep. Lacy Clay responded that Ross “misled Congress, lied to the American people,” and concluded that Ross had “zero credibility.” 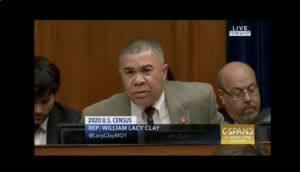 Misleading Congress about adding the citizenship question isn’t the only shady action Ross has taken since becoming Commerce Secretary. Earlier this year, the Office of Government Ethics rejected Ross’ personal financial disclosure after discovering that he had lied on it, and Ross even attempted to get out of appearing before Congress because he didn’t want to answer questions about his personal finances. Earlier this month Restore Public Trust launched a digital campaign called Where’s Wilbur’s Money? that highlighted the lack of transparency surrounding Ross’ financial disclosures.

Restore Public Trust has also filed 13 Freedom of Information Act (FOIA) requests to the Department of Commerce regarding Ross’ financial disclosures among other subjects, and has yet to receive any response.

Next month the Supreme Court will hear arguments on whether the Trump administration can add a citizenship question to the 2020 Census, and if doing so violated the Constitution. The Court is expected to rule on the case before its term ends in June.